Phishing has, unfortunately, become a part of our everyday life, whether we like it or not. Cyber attacks have become more refined and changed their modus operandi – they have now gone mobile and social. According to the yearly Norton Cybercrime Report issued in September 2012, cybercrime has been enjoying exponential growth within the last year and the direct costs associated with global consumer cybercrime at US reached $110 billion over the past twelve months.

The Calm before the Storm: A Spike of Email Phishing Activity in August 2012

According to the monthly periodical Symantec.Cloud data, global email phishing rates stayed calm during the spring and most of the summer of 2012: 0.21% of all mail was detected as phishing in April, June and July; this rate was a bit lower in March and May (0.20% and 0.18% respectively). However August 2012 showed a spike in phishing activity and accounted for 0.32% of phish emails, or one in 312 messages analyzed.

See below a chart based on the Symantec data which traces the rising trend: 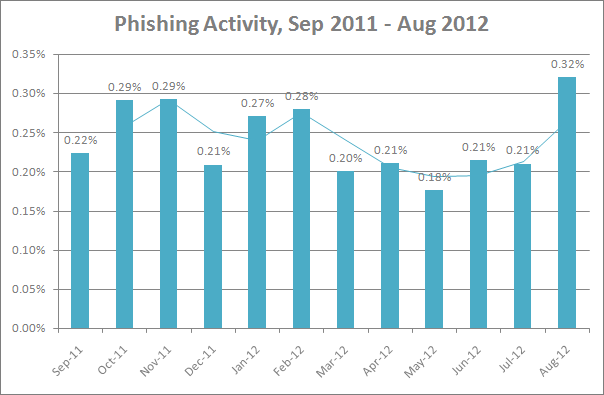 In July 2012, Information Services, Banking and E-Commerce were the most targeted industries among the organizations spoofed in phishing attacks: these industries accounted for 36.29%, 32.99% and 27.99% of all victimized companies respectively. 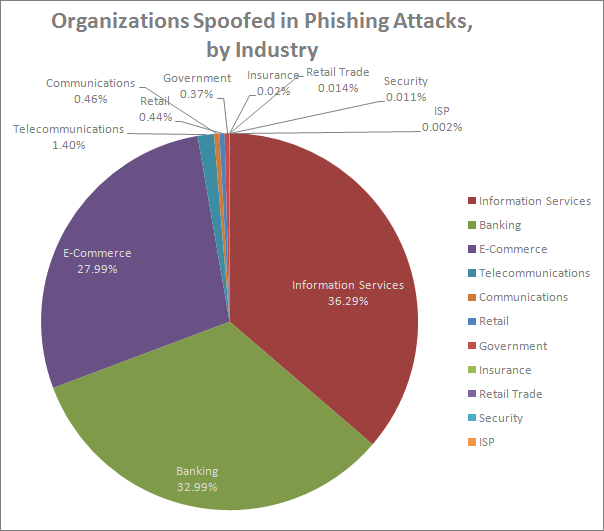 Do you find your industry in the list? Take preventive measures before cyber criminals tarnish your reputation. Use SSL certificates for your websites, assess your websites for vulnerabilities on a regular basis, ensure a strong password policy in your company and ask your employees to follow 5 simple rules of cyber security. Also, remember to install EmailTray as your smart anti-phishing email client on your PCs and Android devices. Then you can enjoy emailing which is free from spam and email phishing!